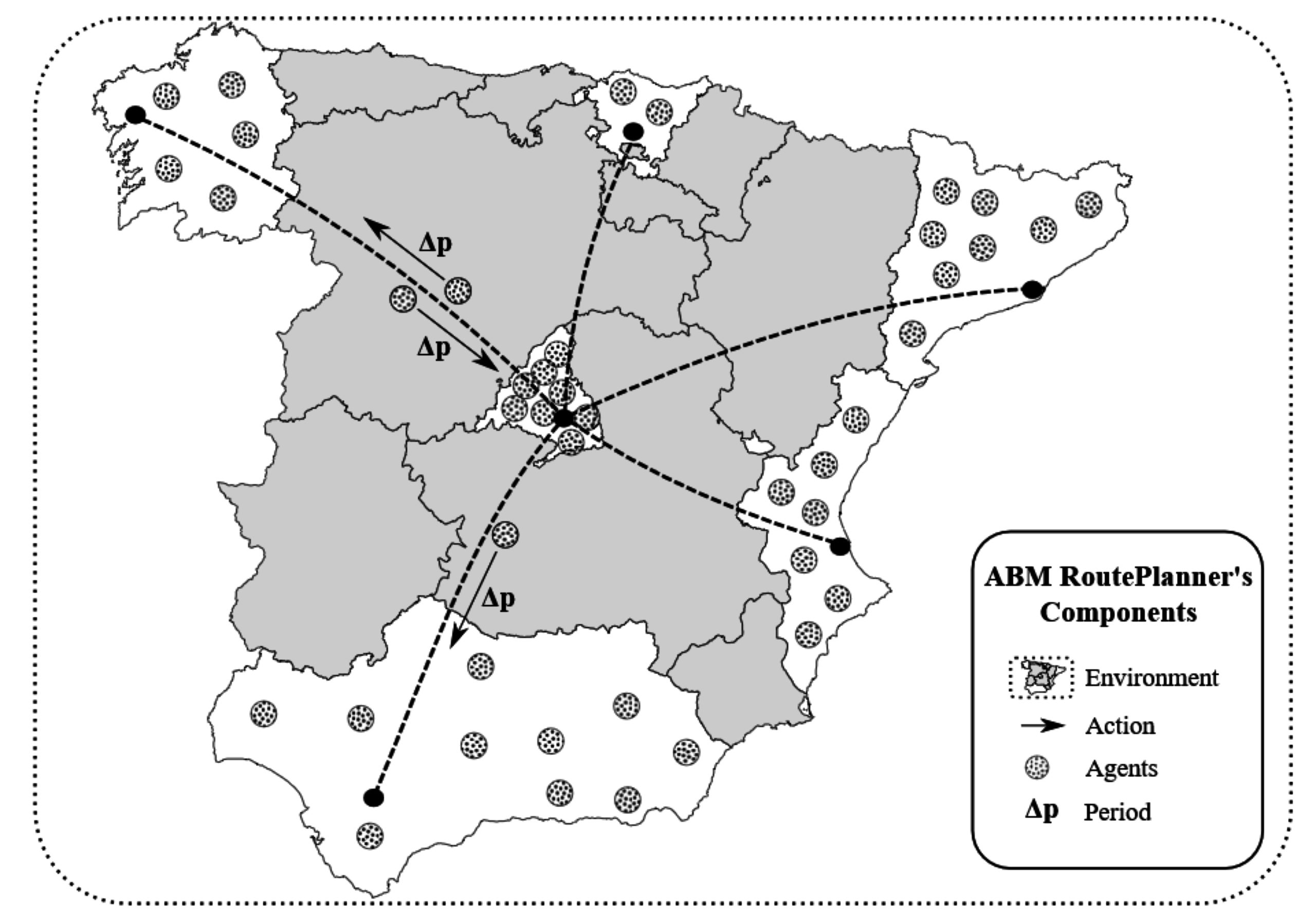 Abstract:
Spain ranks second in the world for the number of international tourists, most of whom need to plan routes during their stay in the country. These tourists have different preferences, which influence their choice of tourist routes depending on the activities offered by provinces. There are currently no customized routes according to the preferences of a travel party, which makes the supply of tourist packages complex. Due to the difficulty of obtaining data that is not always public and is subject to the particular circumstances of the data collection, we propose an agent-based simulation model implemented in Java, named ABM RoutePlanner, which simulates the behaviour of travel parties travelling through 23 provinces of peninsular Spain. The model is developed as an application of the protocol Overview, Design concepts and Details (ODD), which is primarily used as a base of various types of ABMs to represent some complex phenomena. This paper makes an applied contribution, which presents the actual routes that will allow tour operators to define strategic plans that motivate tourists to visit the provinces included in the routes; in addition, we deploy a Web application that shows these routes to any Internet user. The simulation of the model was calibrated and validated with extracted data from the TripAdvisor website and Spanish tourist surveys.